OKM Detector eXp 6000 Starring in 'The Curse of Oak Island'

The enthusiastic treasure hunters from the show 'The Curse of Oak Island' are convinced that the OKM detection technology will help find the fabled treasure in Nova Scotia. Hence, Gary Drayton and his team requested the professional ground scanner OKM eXp 6000.

From now, the 3D ground scanner offers new perspectives in the search for the legendary treasure on Oak Island.

Thanks to our local OKM dealer KellyCo, who had already had contact with the show in previous years, the supply with the professional detector and a detector training had been realized fast and easily. 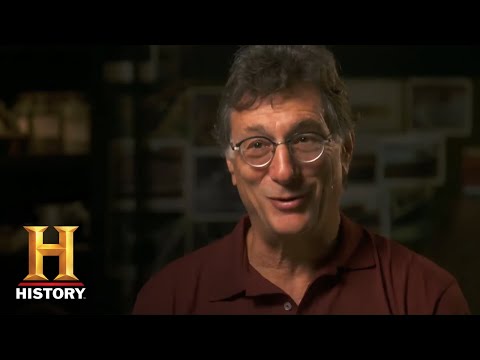 First instructions on the detector and comprehensive training with KellyCo were essential for the crew to continue their quest and the filming without delay. The application of the eXp 6000 is easy to learn. However, the intensive training was necessary to use the professional 3D ground scanner immediately and achieve results really fast.

Carolyn Harwick (VP of Community Outreach and Sales at KellyCo) was training Gary Drayton on the OKM eXp 6000 during his trip to Florida, giving him an overview of all included sensors and probes, operating modes and functions.

First, all basic settings were discussed and the appropriate setup was selected. For a quick start in 3D ground scanning, the parallel scan mode and the automatic pulse mode are recommended. This way, the scan field length is automatically determined during the measurement. After initial test scans, the measurement procedure was quite clear.

The detailed training ensured that the professional 3D ground scanner was immediately ready for efficient use on the island and quickly showed first successes. Find out what has been detected and excavated:

What is the Mystery of Oak Island?

The legendary island is located off the shores of Nova Scotia at Canada's Atlantic coast. While its shores are rocky and sandy, the interior is covered by forest and brush. Despite the nondescript appearance of Oak Island, the story of this island's past is filled with mystery, intrigue and tragedy. Many academics and adventurers have attempted to solve the mystery, but none have been able to get to the bottom of the Money Pit of Oak Island.

What's behind the myth? What is the curse of Oak Island all about? Read the full story at oakislandmoneypit.com. We have summarized the most important milestones in the history of Oak Island for you:

The OKM detector eXp 6000 is requested for further explorations. Thanks to its various sensors and probes, the area can be explored even faster and more efficiently. Besides anomalies that may indicate artifacts, hidden cavities are also visualized.

The show 'The Curse of Oak Island' follows the expensive efforts of the Blankenship brothers in their attempt to discover unknown treasures and historical artifacts, believed to be buried on Oak Island.

'The Curse of Oak Island' on History Channel

The History Channel debuted a reality TV series about the efforts of the island owners Marty and Rick Lagina in their attempt to use modern technology to discover unknown treasures at Oak Island. Marty and Rick have engaged the assistance of Dan and David Blankenship, who have likewise been searching for the treasure since the 1960s.

The enactment of the Oak Island Treasure Act in 2010, which revisited the Treasure Trove Act, has discouraged many potential treasure hunters and has inhibited activity on the once spirited Oak Island.

Many of those possessing interests in Oak Island turned to tourism as source of revenue and public promotion for their large-scale excavations. However, this type of commercial activity also required a license. Despite the additional limitations on treasure hunting, the main players on Oak Island like the Triton Alliance managed to secure Treasure Trove Licenses.

Before their decision to forming the Triton Alliance and actively pursue the alleged treasure by purchasing the majority of the island, key partners Daniel Blankenship and David Tobias had been investigating the plausibility of the Oak Island narrative.

Blankenship and Tobias began an ambitious drilling campaign and initiated diving excursions into subterranean caverns. They discovered iron artifacts, pieces of porcelain, wood, clay and charcoal, a corpse and several treasure chests – evidence of human activity prior to the first Money Pit excavation.

Lots of money, countless hours and efforts were put into the investigations and excavations on Oak Island, among others by William Chappell (involved 1897 to 1932), Gilbert Hedden (involved 1935 to 1938), Robert Restall (involved 1959 to 1965) and Geologist Robert Dunfield (involved 1965 to 1966). What they discovered were some clues, but they also revealed further enigmas and suffered several setbacks and tragedies. Many lost their lives while pursuing the Oak Island quest.

The discovery of a one and a half ounce copper coin reignated the interest in the tunnel system on Oak Island: In 1893 Frederick Blair and S.C. Fraser, founders of the Oak Island Treasure Company, started excavations. Confronted by various difficulties, including a second tragedy, the works had been suspended several times. However, the team discovered flood tunnels and traces of gold (hidden until 1931).

In 1909, the company transitioned to the Old Gold Salvage and Wrecking Company and was joined by young Franklin Delano Roosevelt who nurtured an interest in the Oak Island mystery well into his presidency.

Old mystery, new hopes: The new team of the Oak Island Association began to investigate at the Money Pit. In fall of 1861, ongoing efforts to drain the tunnel caused the first death inflicted by the Money Pit.

Reawakening of the Mystery by the Truro Company

The site on Oak Island lay submerged beneath water for nearly 40 years. The entombed mystery was reawakened by a member of the original dig, Anthony Vaughan, with support by the Truro Company (founded in 1845): Together with John Gammell, Adams Tupper, Robert Creelmand, Esq., Jotham McCully and James Pitblado, as well as Dr. David Barnes Lynds, brother of Simeon Lynds (Onslow Company).

Members witnessed Pitblado wipe dirt off an object before discreetly slipping the item into his pocket. After this, Pitblado left the island and relinquished all ties to the Truro Company expedition.

Nonetheless, the crew continued and made valuable observations. Equipped with this new knowledge, the Truro Company tried to get further clues to claim the treasure. Despite their best efforts to remove the water, the water level refused to lower. The team ultimately left from the 1850 expedition, the company disbanded in 1851.

Continuation of Excavations by the Onslow Company

The legend of Oak Island's Money Pit never let go of John Smith. Thus, together with Simeon Lynds*, he decided to continue the excavations with the help of Colonel Robert Archibald, Captain David Archibald and Sheriff Thomas Harris. The group established the Onslow Company, a professional venture with the purpose of recovering the Oak Island treasure.

Their significant discovery: A large square-cut stone tablet with an inscription: a unique combination of lines, arrows and dots. After digging deeper the team was confronted with unexpected challenges such as the flooding of the underground cave and finally was forced to accept defeat.

*Lynds descended from a pioneering family from Ireland who settled in Nova Scotia in 1761. His father, Thomas Lynds, married Rebecca Blair, the fifth daughter of Captain William Blair, a Scottish immigrant who had moved his family north from New England to help suppress the French forces at Louisbourg.

It was in the summer of 1795 that a teenager named Daniel McGinnis saw strange lights on an island and later discovered a strange circular depression on the island as well as a block and tackle that hung from a severed tree limb directly over the shallow hole. Together with John Smith and Anthony Vaughan, the teenagers enthusiastically began excavating the curious site.

A Hidden Cache of Royal Treasures

A further treasure myth is that the Franco treasure held at Fort Louisbourg was transferred to the sophisticated vault on Oak Island. The explanation largely hinges on British aggression against French holdings during the French and Indian War (1754–1763).

The most common theory centers around the "Golden Age of Piracy" between 1690 and 1730. It is told that Captain Kidd buried his fortune on Oak Island just prior to his capture in Boston in 1699. Moreover, the Money Pit is believed to have served as a type of community bank. Some even believe that notorious pirate Blackbeard buried his treasure there.

Freemasons and the Money Pit

The Knights formed a similar secret society, but did not officially make their presence known to the public until the early 18th century. According to the official history, "[t]he first Grand Lodge of Free and Accepted Masons was established in 1717 in London" (Freemasons.org). But what happened to the Templar's treasure?

According to a handful of scholars, explorers and investors, the ultimate destination for the Holy Grail and other priceless objects was the Money Pit on Nova Scotia's Oak Island. The discovery of several peculiar stones found across the island supports this theory. Hence, investigators are convinced that the Money Pit is not simply the treasure chest of a pirate. Instead, they believe it may be the site of the Holy Grail or Ark of the Covenant.

Knights Templar and the Holy Grail

Some believe that, during their time in Jerusalem, the Knights Templar uncovered the legendary Holy Grail. Some observers hold that on the fateful Friday, the 13th, in 1307, the mysterious wealth had been loaded aboard a ship. The destination of the vessel has yet to be known. One belief is that the Knights traveled to Scotland to evade further persecution and, perhaps, protect the Holy Grail.

Tags: Coin TreasureHistory ChannelPirate treasureThe Curse of Oak IslandTreasure Hunting
* All citizens of the EU are required to pay 19% value added tax (VAT) according to the German law.
BACK TO TOP
plus VAT*
incl. 19% VAT*
View Full Info