Last week, Mitteldeutscher Rundfunk (MDR) visited OKM in Thuringia, Germany. In his monthly column "Ganss heile Welt" ("Ganss' perfect world"), the German TV award winner and MDR journalist Stefan Ganss shares special stories from Central Germany. This time he visited the imposing OKM headquarters and discovered what the golden pyramid and the devices developed in it are all about. 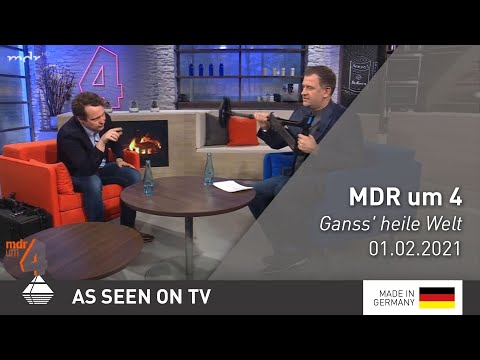 In winterly conditions, the guests and OKM experts went on a short treasure hunt in a nearby forest. MDR journalist Stefan Ganss was also invited to try his luck alongside the experts. The test objects - a small treasure chest filled with jewelry - were quickly located with all metal detectors.

Back in the 'MDR um 4' (MDR at 4 o'clock) studio, he reported on his experiences, summarized the story behind the company and gave a live demonstration of the treasure and metal detector OKM Evolution NTX.